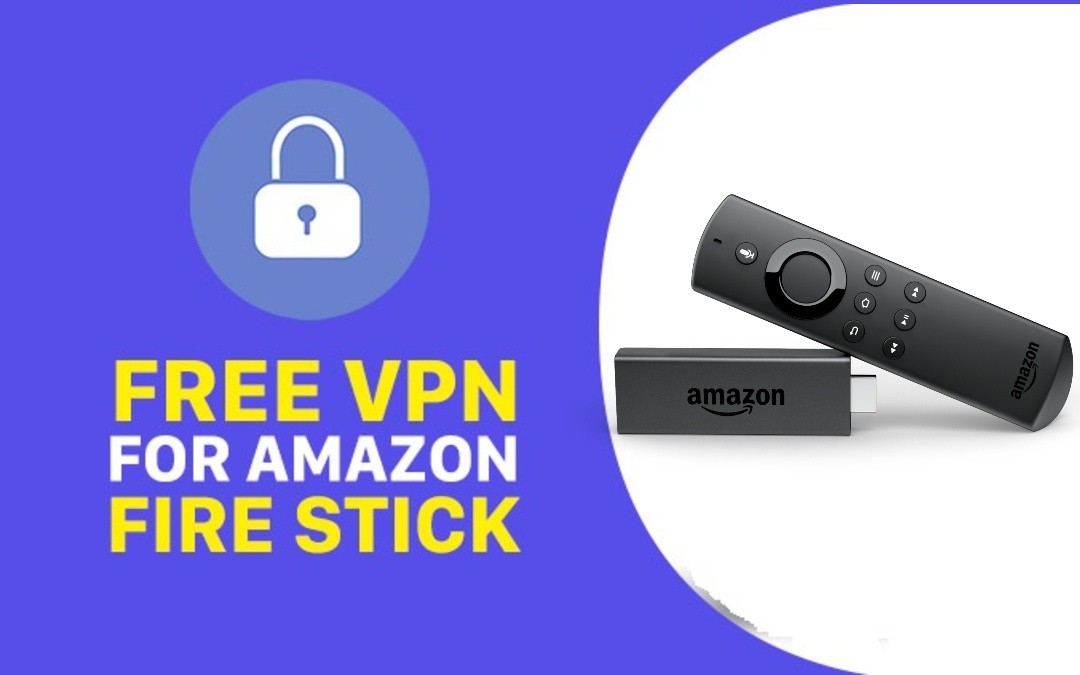 There are thousands of free VPN available for Firestick, but not all the free VPNs are actually free. Most of the free VPNs won’t protect your IP and location effectively and also post ads to generate revenue. If you use your Firestick rarely for browsing, you can go for free VPNs. If you are one among them, this will be helpful to you. In this guide, we listed the best free VPN for Firestick.

Generally, free VPNs won’t give your enough protection for torrenting and can’t bypass geo-restrictions on streaming platforms. Free VPNs are only recommended for users who never or rarely browse the internet on Firestick. Check the list below.

Why You need a VPN on Firestick

Using a VPN will benefit you in many ways. The main thing that a VPN will do is that it will spoof your location and IP. So, no one will know what you are browsing and from where you are browsing, which lets you stay anonymous. Like this, there are many benefits of using a VPN on Firestick.

If you are going to use torrent sites to download movies, VPNs are a must. Premium VPNs will have servers specifically made for torrenting purposes. These torrenting servers will give you an extra layer of protection but with slower download speeds.

How to Choose a Free VPN

When choosing a free VPN, there are some criteria that you should follow. The first one you need to check is the number of servers and available countries. If so many users are connected to the same server, you will get server overloading issues. Make sure that the VPN you are choosing has enough servers in diverse locations. If you want to access geo-restricted content, the number of countries is an important factor. Streaming platforms like Netflix and Prime Video are available all over the world. The movie or series available in one country may not be available in your geo-location. So, choose a VPN that has servers in more countries.

The next one is cost and subscription. If you consider the monthly subscription, most of the VPNs will have more than $10 per month. Use the VPN for one month or the free trial and go for the long-term plans. You will save money. Longer subscription plans will have lesser money per month. In free VPNs, you don’t have to consider this.

If you have a WiFi router in your home, look for a VPN that can be installed on a router. By installing the VPN on your router, you will get a secured internet connection. So, there is no need to use the VPN on individual devices.

These are the basic criteria that you need to look for while choosing a VPN. Let’s get into the list of VPNs.

Orbot VPN is the best free VPN for Firestick. The VPN is based on the Tor browser. When compared to other VPNs, Orbot VPN will give you high-level protection and protect your IP and location. The VPN has servers in 24 countries around the world.

Features like Split Tunneling are available on the Orbot VPN. The VPN is developed by the Guardian Project. Orbot: Tor for Android app is not available on the Amazon App Store. You need to use the Downloader to install the VPN on Firestick.

Ultrasurf VPN is one of the simplest VPN for Firestick. You can connect to the VPN with a single click. You don’t need to choose any servers, countries. Look for server overloading issues. Just install the VPN, and start using it on your Firestick.

The VPN won’t ask for any signup or registration process. You can use the VPN without submitting any of your information. Ultrasurf VPN has basic protection, which will give you faster download and upload speeds. It is one of the fastest VPN for Firestick.

Atom VPN will protect your private data while browsing, and it is not recommended for torrenting. Like the Ultrasurf VPN, you don’t need to signup to use the VPN. You can install the VPN and start using it on your Firestick.

Melon VPN was developed by Inf Security Studio. Like the Ultrasurf VPN, you can connect the VPN with a single click. The VPN is available for free without any server restrictions and data limitations.

Thunder VPN is one of the popular VPN for Fire TV Stick. It is a user-friendly VPN. When you connect to the VPN, you won’t feel any difficulty with the VPN. Thunder VPN is available for free without any limitations.

You can connect to the VPN with a single click. It is one of the fewest free VPN to have a Split-Tunneling feature. Thunder VPN won’t store any logs of your data. The VPN is the safest VPN to use.

iON VPN is yet another free VPN for Firestick. The VPN has servers in more than 30 locations. Like all the other free VPNs, iON VPN is recommended only for a minimal browsing experience and is not suitable for torrenting.

The VPN has only basic protection and medium level encryption. As the VPN has basic encryption, you will get faster download speeds. You need to use the Downloader to get the iON VPN on Firestick.

Shield surf VPN is the newest VPN on this list. The VPN was launched in November 2019. Within one year, the VPN has a lot of users around the world. It is one of the lightweight VPN for Firestick, consumes only 11 MB of the device’s memory.

The VPN has servers in almost all countries. Among the free VPNs, Shield surf VPN offers the most number of server locations. As the VPN is not available on the Amazon App Store, you need to use the Downloader app to install the VPN.

Iron Shield VPN is a popular VPN on the Play Store. As the VPN is available for free, it has many users. The VPN is recommended only for basic browsing and not suited for accessing geo-restricted content.

Iron Shield VPN on Firestick will give you anonymity while browsing. Like most of the free VPNs, Iron Shield VPN is not available on the Amazon App Store. You need to use the Downloader.

Snap VPN is the simplest VPN available for Firestick. The VPN has more than 2000 servers and 100,000 IP addresses. This is the most number of IP addresses offered by a free VPN. It is one of the advanced VPN too.

The VPN will give your protection from torrenting also but with lower download speeds. Sometimes, you can unblock geo-restrictions on Netflix and Amazon Prime.

SuperVPN is suited only for normal browsing needs. The VPN is not capable of geo-restricted content and torrenting. Like the Melon VPN, the VPN is available for free without any data restriction or server limitations.

The VPN is not available on the Amazon App Store. You need to use the Downloader app to install the VPN on your Firestick. The VPN won’t ask for any email ID or registration process. Just install the VPN and start browsing with anonymity.

These are the best free and unpaid VPNs for Fire TV stick. Use these VPNs only for basic protection. If you want advanced protection, go for any premium VPNs or freemium VPNs like NordVPN or TunnelBear VPN for your Fire TV Stick.

If the features mentioned in the free VPNs are not enough for you, check out our list of best premium VPNs for Firestick. The Premium VPNs can be used for any purposes like browsing, streaming, torrenting, and accessing geo-restricted content. These VPNs will have powerful servers and will protect your IP & location under any circumstances. Unlike free VPNs, most of the premium VPNs are available on the Amazon App Store. You can install the VPNs without any third-party installers. VPNs like NordVPN and ExpressVPN can be installed on the WiFi router too.

1. How do I download a free VPN to my Firestick?

Most of the free VPNs are not available on the Amazon App Store. You need to use the Downloader app to install the free VPN on Firestick.

2. Do you really need a VPN for Firestick?

If you want to stay anonymous while browsing on Firestick, you need a VPN.